Update: DONOR MATCH ANNOUNCED- a generous donor has agreed to match 100% of your donations if we reach our 125k goal!

The Real NRA:Making a Killing is a feature length documentary that will expose the public health crisis the gun lobby has created in the name of profits and furthering their extreme ideology.

Sometimes that means exposing the destructive forces that Americans are not yet familiar with - a decade ago, Fox News; 5 years ago, the Koch brothers. But sometimes it means rising up to take the fight against a familiar enemy to a new level. And that is why we are taking on the NRA and gun companies. It’s time to take this fight to a new level. In a time where there have been over 108 school shooting since Sandy Hook just three years ago, we have to do more.

Since 2014 we have been tirelessly planning, researching and filming the beginning of our documentary.  Now that we have a solid start, families willing to tell their stories and broad support from communities including doctors, teachers, students, people of color, we are absolutely committed to release this critical film.

But we need your help!

We will be telling the stories of how guns- and the billions made off of them- affect the lives of everyday Americans and what we can do to put an end to this profit-driven crisis.  Through interviews and stories we will advocate for change in our lifetime, to make our country a place where Americans’ lives and safety are not endangered by companies and the politicians putting profits over people.

We have already been able to capture some heart wrenching interviews and footage, showing that guns in America represent a very real and tragic epidemic. Our loved ones are dying with an all too familiar reason: companies are making huge profits. They are literally making a killing.

The stories we are ready to tell are emotional, terrible, and heartbreaking - but they must be told. As must the story of how we can and will fight back against this profit-driven, politically funded public health epidemic.

Help us tell these stories. Help take on the NRA and gun lobby. Help this movie reach millions of Americans.

How Your Funding Helps

Your donation will help us finish filming and go into post-production. As soon as we have completed those steps, we can work on getting this documentary released as soon as possible.  Small donations from individuals like you allow us to keep our objective and independent voice, as we are beholden to no one special interest.  The more producers we have, the stronger our coalition – which means more eyes on the film, more hearts being activated, more action making real change.

We plan to finish filming, edit and release The Real NRA: Making a Killing in early 2016. We will build a coalition of people from all backgrounds - teachers, students, doctors, unions, communities of color and more -  to take action together to end to this gun epidemic through the simple (yet highly political) implementation of common–sense gun safety laws.

We are a tiny non-profit in comparison to the NRA and gun companies. And compared to other film companies! The NRA’s annual revenue in 2012 was $256 million dollars - and gun companies literally make billions each year at the expense of our health and safety.  Historically, with your help, we have been able to take on destructive giants like Fox News, Walmart, Halliburton, and the Koch Brothers. Together we can do it again. 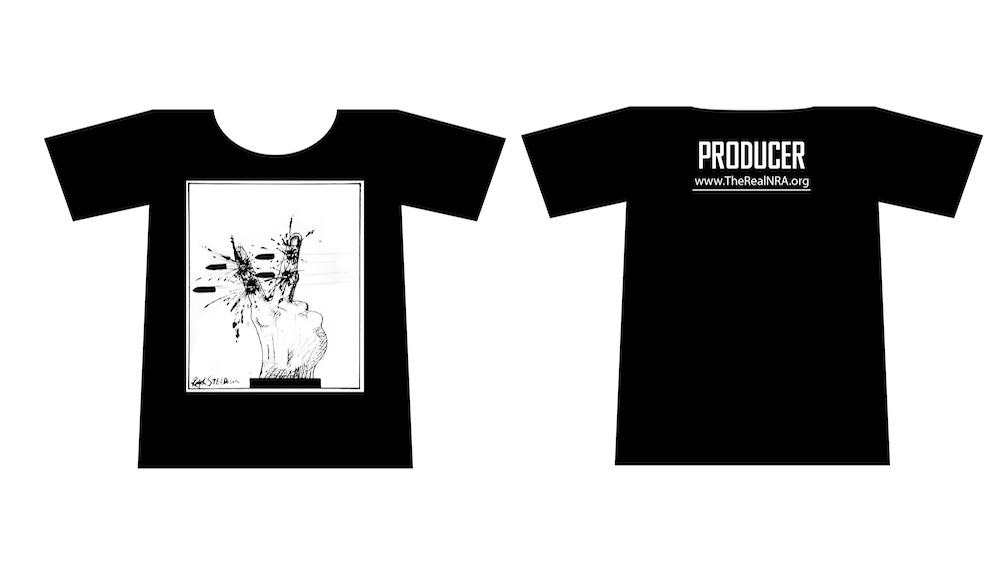 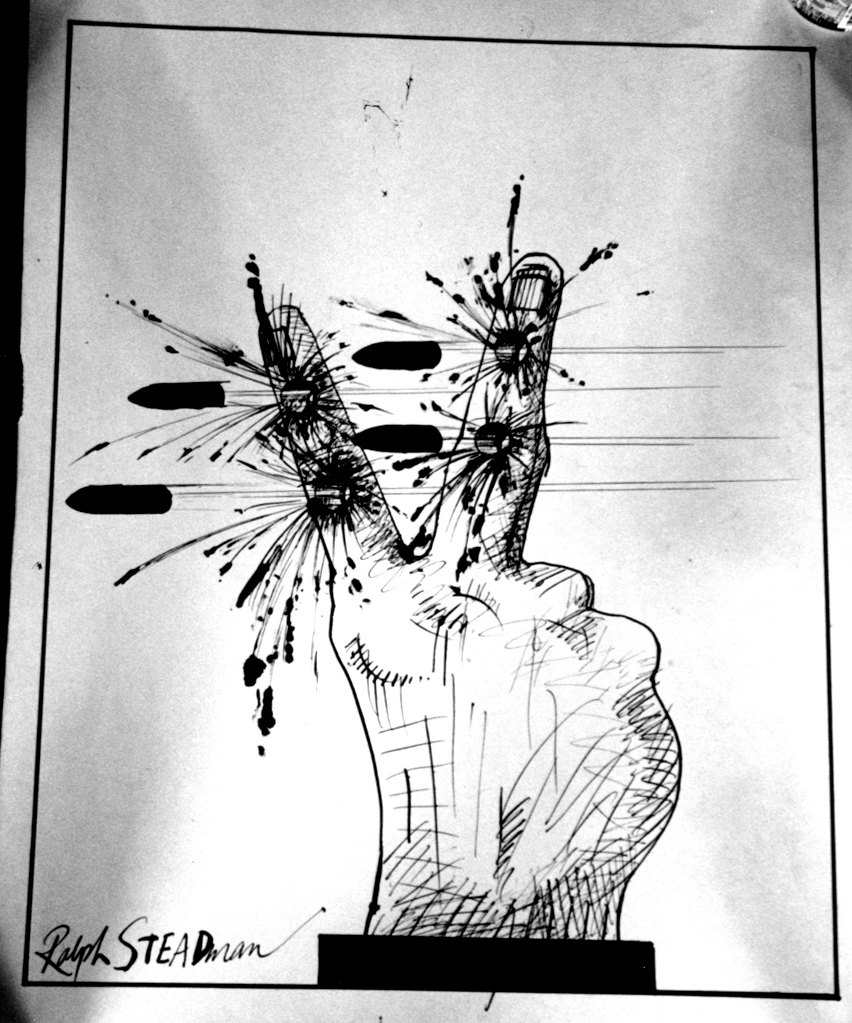 This limited edition t-shirt is decorated on the front with design by political and social justice artist Ralph Steadman. Most popularly know for his work with Hunter S. Thompson (Fear and Loathing series), he is also the subject of the recent documentary For No Good Reason. 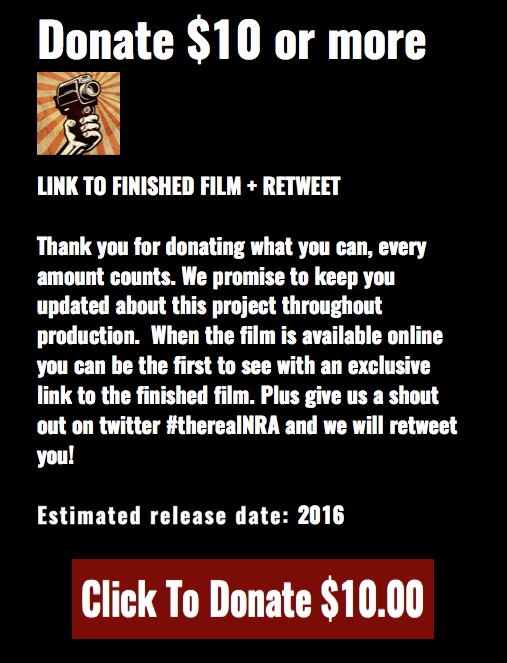 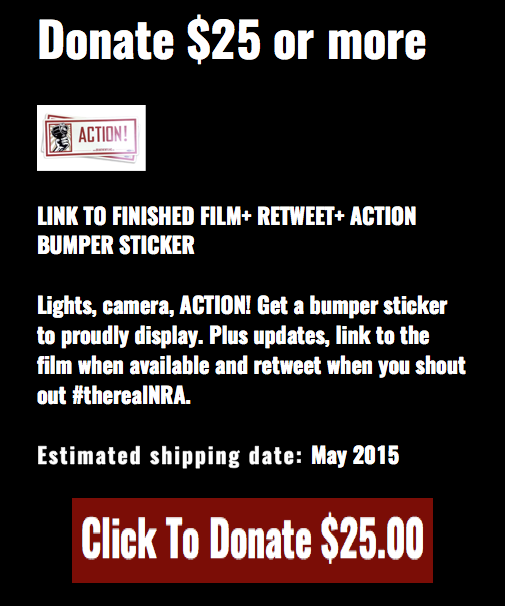 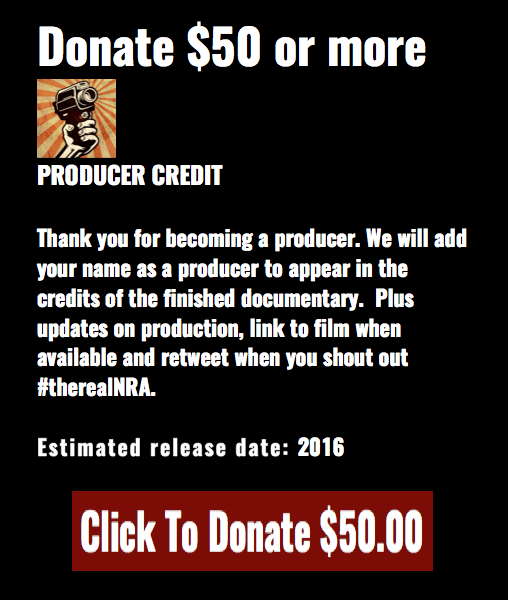 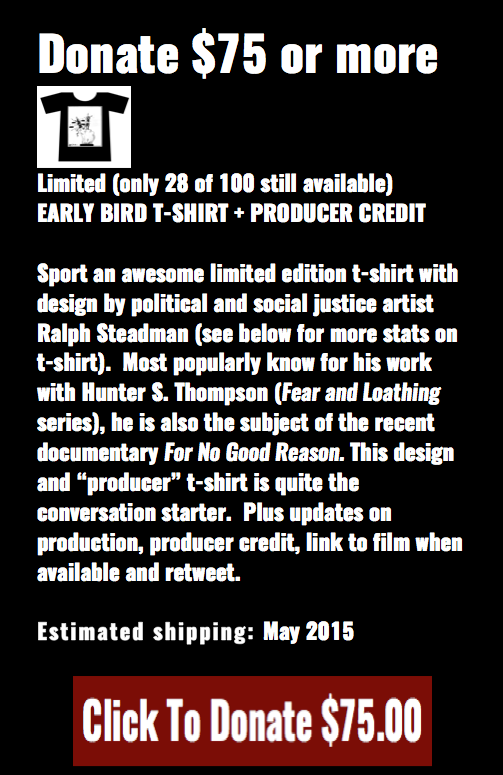 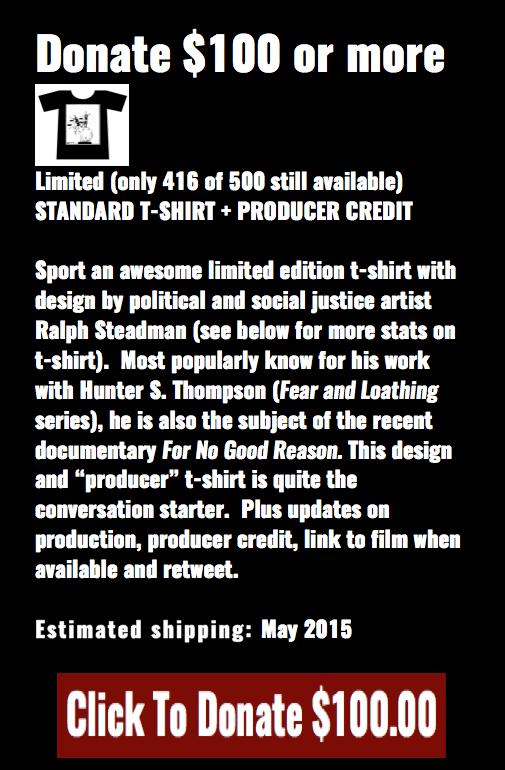 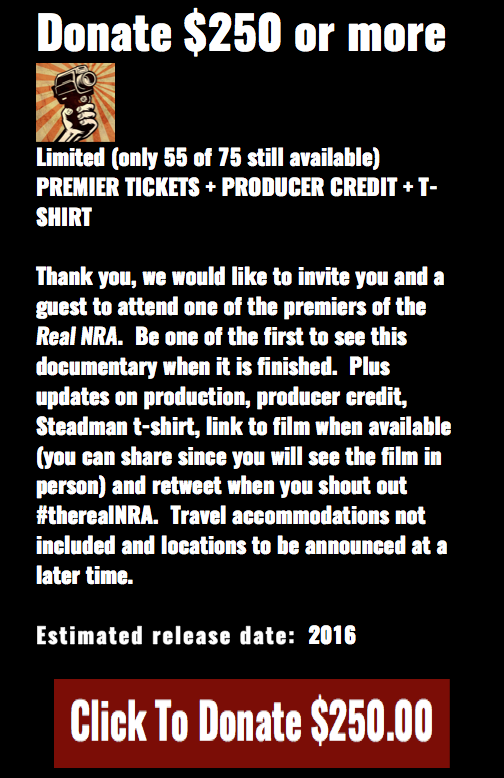 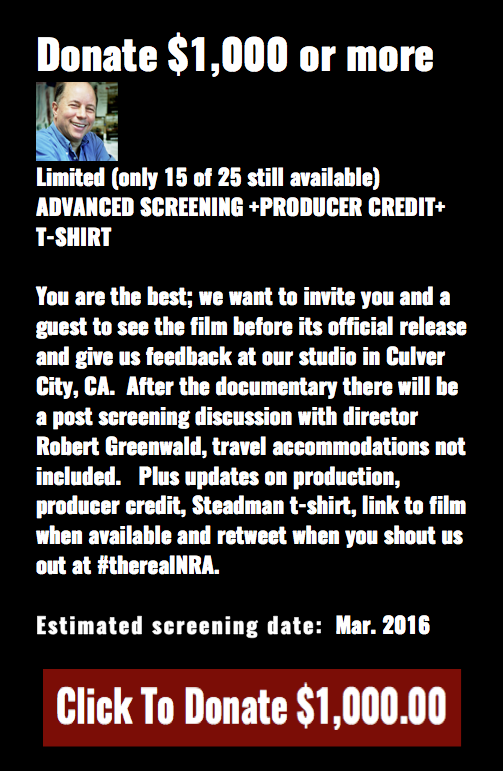