By Ellen for Newshounds:

Our friends at Brave New Films summed up Fox's coverage in one well-chosen photo: 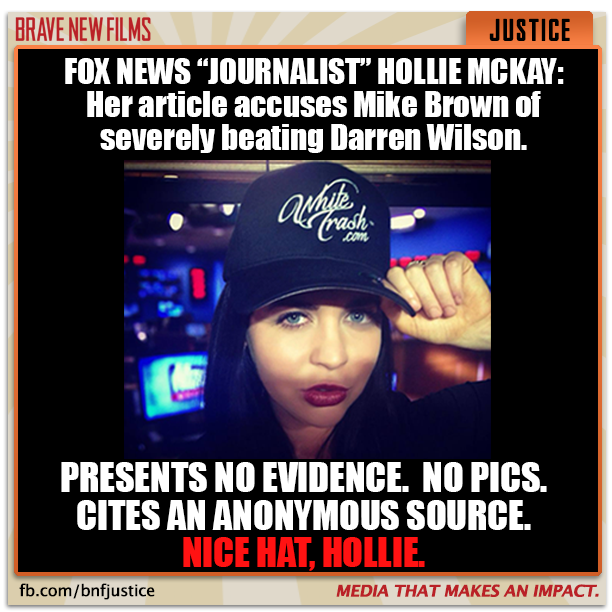 As I previously posted, McKay's dubious reporting was called out yesterday on CNN's Reliable Sources.

Let's share this image of her wearing this hat 40,000 times because we need to stand up against these attacks against #MikeBrown! #Ferguson