Get A Film the Police Sticker for Your Phone!

Donate $10 or more and get this 'Film the Police!' sticker for your smartphone.
Last month we released Racism is Real because we wanted to start a conversation about the reality of racism in America- it worked- this short film has been viewed over 16 million times! Then we released Film the Police in hopes of furthering the conversation about racist policing in hopes of meaningful change. Today we released a film about racial bias in news/reporting in hope of staring a pledge for media and audience to stop using racial bias in reporting and ban the “t-word" when referring to black people.

Any amount large or small will help, and any amount over $10 will get you this limited edition (only 100 500 available) sticker. 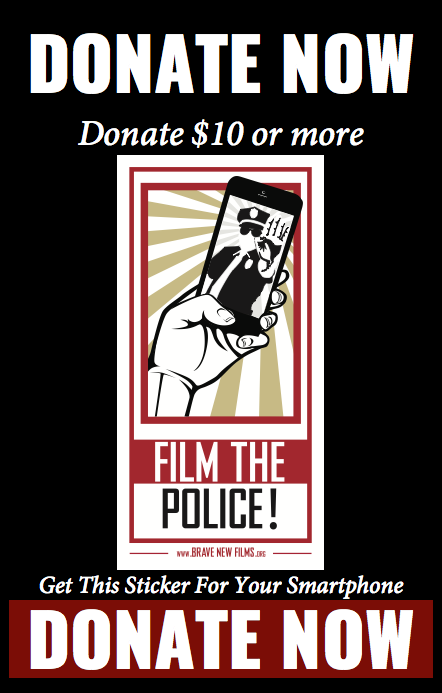