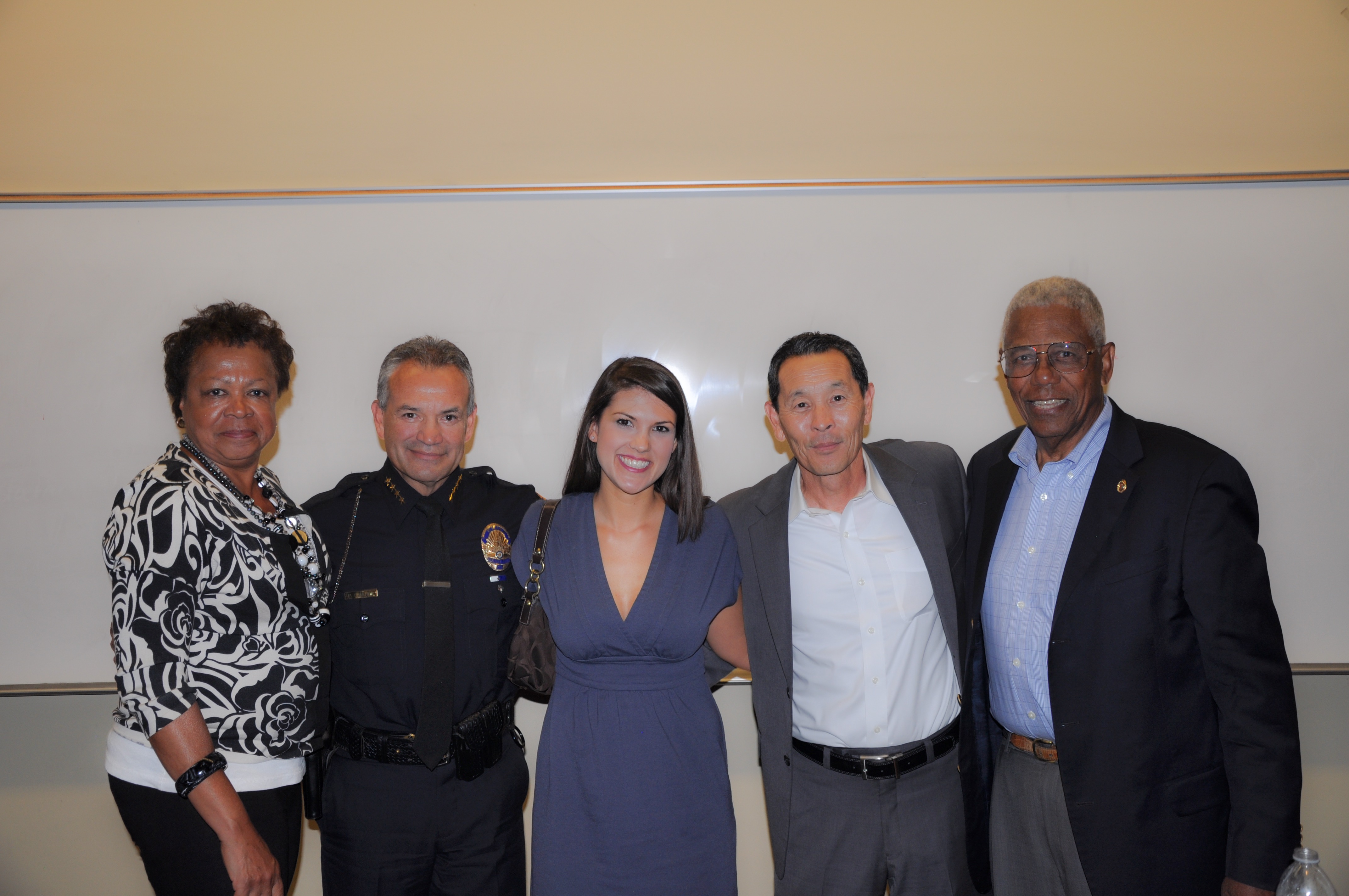 Brave New Educators was honored to kick off the school year with an event at Santa Monica College. The SMC associates is a community-based program that brings speakers and hosts special events to enrich the campus. Last week, I was able to be a part of a panel called, “ Reconfiguring the Contexts of Violence, Anger, and Fear: Challenges and Opportunities” with Dr. Karen Gunn and Pasadena Police Chief, Phillip Sanchez.

Before the panel discussion, we were able to screen OverCriminalized and discuss the benefits of CIT training. The conversation led to a talk about preventing budget cuts, creating a better emphasis on education, and ending the school to prison pipeline. With so many violent events of the past year including gun violence, domestic abuse, police brutality, and national security issues, this type of conversation could not be more urgent. It is crucially important for educators to create a space like this for students to contemplate different points of view and debate new ideas. The moderator, Nathaniel Trives noted that the very students in the room would influence community policies in the very near future. Particularly with the Pasadena Police Chief in the room it was evident that not many students wanted to ask the contentious questions about police violence, but despite that there was a thoughtful conversation about the problem of police officers being replacements for quality social services. This led to topics of racism, school funding, and mental health advocacy. Discussing something as broad and complex as violence in our society is very challenging and our short films are just a starting point. I was so pleased by the thoughtfulness of the two other panel members and the openness for dialogue. Most importantly, as I was heading out of the room I heard the students talking and debating amongst themselves. That is the entire goal.

As Brave New Educators releases a new line up of films and discussion guides to the educators program this year, we hope that our short films like Guns in America, Economic Inequality in the 21st Century, and our newest film This is Crazy spark the same kind of debate and passion.

Please consider hosting an event like this on your own campus. We have so many different short and feature films to choose from! Let’s get the conversation started, together!

We would like to thank the Brave New Educator who organized the event at Santa Monica College, David Burak!

Have a wonderful school year!