Pursuing the Dream: What you need to know about DACA, Immigration, and Beyond

Former President Obama’s Deferred Action for Childhood Arrivals (DACA) was enacted to protect undocumented children and young adults from deportation, while also granting them access to resources needed to thrive and pursue the dream of living a quality life in the United States. Under a Trump presidency, there are no more guarantees of protections and our most vulnerable communities are at risk of deportation. Trump has committed to increasing the number of ICE agents by the thousands to boost deportation efforts. Now, with an emboldened ICE already making headlines for sweeping raids across the nation, we must stay loud to protect the registered 750,000 DACA recipients plus our nearly 11 million undocumented neighbors who fear being ripped away from their families, put in detention centers for an indefinite length of time, and being deported for good.

Brave New Films has partnered with United We Dream in the making of Pursuing the Dream: What you need to know about DACA, Immigration, and Beyond. The takeaway? We can all do our part to support those who are most vulnerable in Trump’s America by demanding elected officials defend immigrants and push for permanent protections. Let's be on the right side of history. Join the #HereToStay network to learn more. 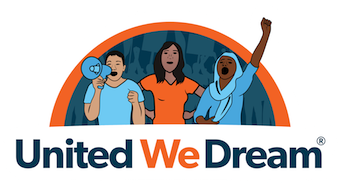