Suppressed: The Fight to Vote- Manchester,VT

Join the Northshire Dems and Lean Left VT for a screening of Suppressed: The Fight to Vote, a shocking documentary about the systemic efforts to deny people a basic democratic right. The film weaves together personal stories from voters across the state of Georgia to paint a vivid picture of voter suppression, which permeated the 2018 Governor’s race and undermined Stacey Abrams’ chance to become the first black female governor in the United States. Since 2013, when the Supreme Court gutted the Voting Rights Act, 25 states have passed laws that make it harder to vote. From 2014 to 2016, 17 million people nationally have been purged from the voter rolls, according to the nonpartisan Brennan Center for Justice. Following the screening, we will write and send postcards to disenfranchised voters.
You can watch the trailer here: https://www.bravenewfilms.org/clips_and_trailers 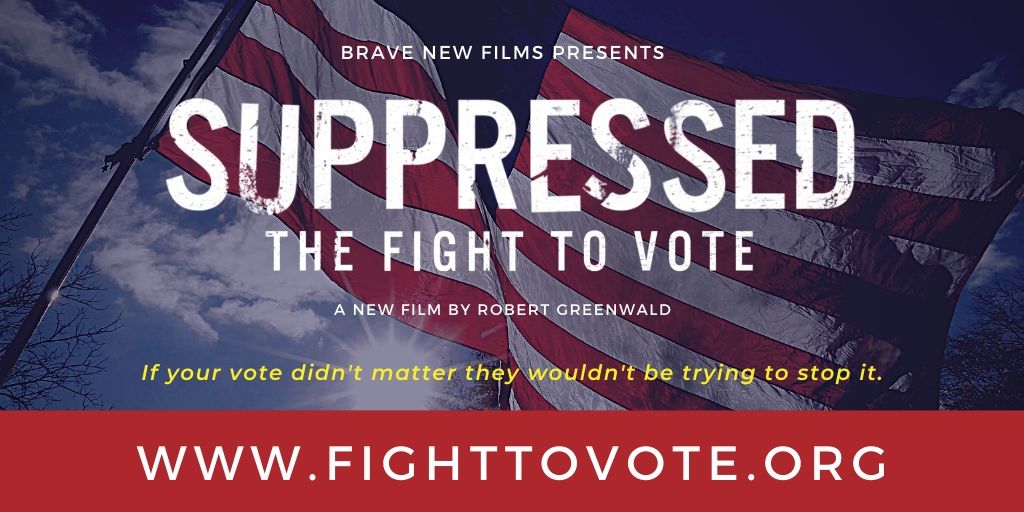