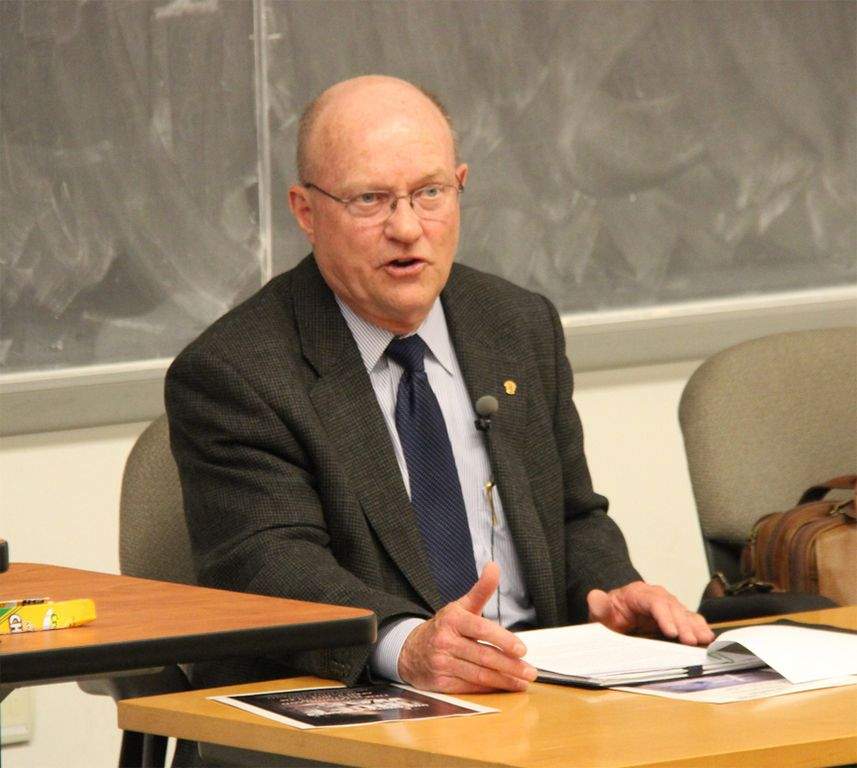 My name is Aaron Albrecht and I am a Junior Sociology student at Truman State University in Kirksville, Missouri. I am also a social and political activist. I like to find ways to integrate my academic studies with my passion for community discussion and involvement in important issues. This, I think, is at the heart of democracy. Currently, I am researching the global war on terrorism and the use of drones to conduct targeted killings. Moreover, I am interested in studying what students know, how they feel about these issues, and what has influenced their views.

During the Spring of 2014 I had the pleasure of working with Brave New Films to organize an event here on the Truman State campus. I am glad to say that the two-day symposium on Drone Warfare was a marked success. The first evening consisted of a film screening of Robert Greenwald's Unmanned: America's Drone Wars with discussion following and the second evening consisted of a public lecture. Invited expert Professor Lawrence Wilkerson of William and Mary college in Virginia gave an address entitled Drones: A Threat to more than the Enemy. The event was well attended and discussion followed students and faculty out the door and onto the campus for many days.

I am very grateful to Brave New Films for their support in the planning and preparation of the film screening. Brave New Films provided materials without which the event may not have been possible. I am remembering the fantastic facilitation guide made specifically for students organizing campus events. These materials did not just make the event possible, but they added depth to the discussion. Not only was the audience floored by the film, but because of the facilitation guide, the discussion covered a gamut of issues. Faculty members and students were able to share their critical thoughts together in a comfortable environment in a way that was beneficial to everybody.

While the film and discussion were extremely successful, the true weight of the symposium's success lay on the shoulders of invited lecturer Professor Lawrence Wilkerson. It is because of him that the campus was stirring for days before the event and inspired for days afterward. Professor Wilkerson flew from Virginia to Missouri for one evening to give one important lecture. That night before his address a group of faculty and students had the opportunity to eat dinner privately with Professor Wilkerson to discuss the issues we hold dear to our hearts. That evening Professor Wilkerson gave a fire and brimstone address to a full lecture hall. We were kept on the edge of our seats. Many people, including Professor Wilkerson, stayed until 12:00 midnight in the lecture hall discussing current and past governmental administrations, the global war on terrorism, drone warfare, privacy, security, and civil liberties. The next morning I was happy to drink coffee together with Professor Wilkerson in the lobby of the hotel.

Truman State University is very fortunate and grateful to have had Professor Wilkerson come and lecture. It was only because of Brave New Films that this was possible. I sincerely thank you both.

It is vital to the health of our Democracy that these contemporary issues be critically discussed in an open manner. The University, made with this goal in mind, is the perfect arena. I call students on all campuses to do what I have done with the help of Brave New Films. There may be some readers that are interested in pursuing a similar course of action and organizing a campus event. One gains many positive skills from having the opportunity. I found it to be a personally rewarding and fulfilling experience. Don't be apprehensive about campus activism. Brave New Films is with you every step of the way. It is because of Brave New Films that the event I organized was an incredible success. I call other students to action. It is our responsibility to bring these issues to light.

Aaron Albrecht is a sociology major at Truman State University. He helped to launch the Brave New Educators program as a school organizer for the screening of Unmanned: America's Drone Wars. Aaron was also recognized at the Missouri Sociological Association for his paper, " A Proposal for the Study of the Government's Use of Drones."