Media That Makes an Impact

For ten years, Brave New Films has been producing groundbreaking documentaries that have altered the national conversation. We’ve exposed Rupert Murdoch’s media empire, the Koch Brothers’ efforts to buy their very own customized government, shameless war profiteering by some of our largest corporations, and the impact of a certain terrible big box retail chain, which has a habit of destroying the communities in which they build their stores.

But did you also know that Brave New Films launched the Cuéntame project, one of the largest online outlets for the Latino community, or Beyond Bars, a social media and video campaign against mass incarceration? Did you know we’ve also continued our work exposing the human and financial costs of war through our War Costs campaign?

No? We were worried about that. That’s why we’re rebranding all the work we do under one Brave New Films banner. We’ll be exploring the same issues we always have and giving a voice to the people on the receiving end of humankind’s worst injustices.

We want our diverse audiences to get the full story. When our leaders tell us there’s no funding for programs to help alleviate poverty or reform our justice system, maybe it’s because they spent billions of dollars on a jet fighter that doesn’t work. Or, when you hear about a brave veteran losing his benefits because he used a drug to help cope with PTSD, maybe it’s because the USA has practice in dishing out harsh penalties for non-serious crimes, having sent millions of people to prison during the War on Drugs. When you see how our justice system treats certain people differently, you can trace that inequality throughout our society, from the cost of college to access to housing and healthcare. 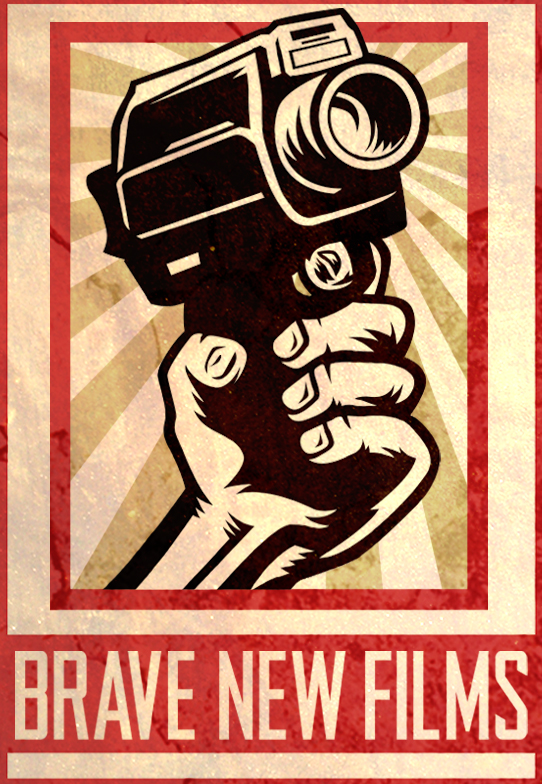 There is a larger story that weaves its way through all of our issues. We have to fight back when the privileged few say to everyone else: “I have power. You don’t. And I’m gonna keep it that way.”

We’ll trace that story through our newly minted channels:

Brave New Films: Justice We’ll continue to expose those profiting from the tragedy of mass incarceration and continue looking for better solutions than throwing people away in prison without hope.

Brave New Films: Inequality The opportunity to succeed in America is slipping away from more and more people - especially people of color and women. We’ll highlight ways to level the playing field and expose those who profit from the unfairness in our system.

Brave New Films: Security Killing people overseas does not make America safer, whether through invasion or “precision” killing by drones. We’ll hold those in power accountable for shamelessly enabling war profiteering and we’ll fight efforts to bring militarization back home.

Brave New Films Through our main page, we’ll continue the stories that began in our feature films, from 2004’s Iraq for Sale, all the way up to last year’s Unmanned: America’s Drone Wars and War on Whistleblowers.

In the coming days and weeks, you’ll see a major overhaul to our social pages, our website and our YouTube channel. It’s the same great content as before, but now you’ll find our shorts, features, graphics and blog posts more easily.

Don’t forget to sign up to find out about our new projects, access special features and get alerts from the frontline of our campaigns.