By Lauren Byrd for Wandering Educators.

Film has long been an integral part of our culture. We remember the films we grew up watching, the movies that touched us in some way, and what deeper truths about the human experience a film uncovered.

Today, the way we view content has changed. With streaming devices in the palms of our hands, we are able to watch almost anything from anywhere. Sitting in the a movie theater as the lights dim is one of the few shared entertainment experiences we have left. But film is still a powerful medium.

Documentaries have long portrayed important historical figures or events in an effort to capture our rapidly changing world and create a filmic record. In the past decade, documentaries like Fahrenheit 9/11, Supersize Me, and An Inconvenient Truth have brought up larger questions about government and war, about consumer culture and health, and about climate change. Because of these ground-breaking films, more and more documentaries have become issue-based. Instead of reporting on a subject or person, these films raise important questions and reveal important truths. Now filmmakers are using the medium to broadcast a message, educate people about what’s really going on, move audiences to action, and create social change to combat or solve the questions raised in the films.

Narrative films are also exploring complicated issues and encouraging audiences to think about questions brought up by a film. Zero Dark Thirty came under fire for its portrayal of torture. While a lot was said on the subject, most critics of the film shied away from the real questions: why did the United States use torture and how do we, as an audience and as citizens, feel about the U.S. secretly conducting and condoning torture in times of war? Kathryn Bigelow, the director of Zero Dark Thirty, did not back down from its use in the film. Bigelow said it was part of the events that took place after September 11th and to leave it out would be “whitewashing history.” Although the events of 12 Years A Slave occurred over 200 years ago, rather than in the past decade, like the events of Zero Dark Thirty, the film examined the brutality of slavery and how dehumanizing it was.

Film can do more than simply entertain. It can spark discussion, create awareness, and has the ability to make a tremendous impact on the world.

At Brave New Films, educating people through film and moving people to social action are the goals. We are expanding our audience to include classrooms across the country and around the world. Brave New Educators uses documentaries to broaden dialogue and discussion with students and professors across college campuses. 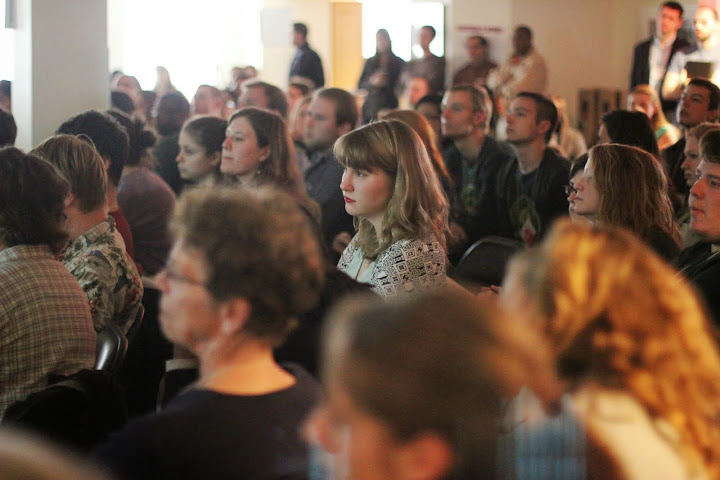 The program offers three of Brave New Films’ documentaries, War on Whistleblowers, Wal-mart: The High Cost of Low Price, and Unmanned: America’s Drone Wars for screenings and in-class discussion. By using the model of media, education, and grassroots volunteer involvement, Brave New Educators seeks to champion social justice issues and spread the idea of social change to students who will carry those ideas and actions outside of the classroom and into their communities.

Brave New Educators offers the films and resources available for screenings or use in the classroom with no cost to educators. Since we are offering the program for free, we are eager to hear back from educators about their experience with the materials. We seek honest feedback and will use it to improve the program.

Film can be entertaining, yes, but it can be also educational and start a conversation. And that is the whole point of the program, to start a conversation, whether it be in the classroom or between friends. By moving even one audience member to care, we are one step closer to change.

I hope the program inspires audience members to seek out more challenging films which educate as well entertain. I hope students use our films to explore further, feel empowered, and fuel change.